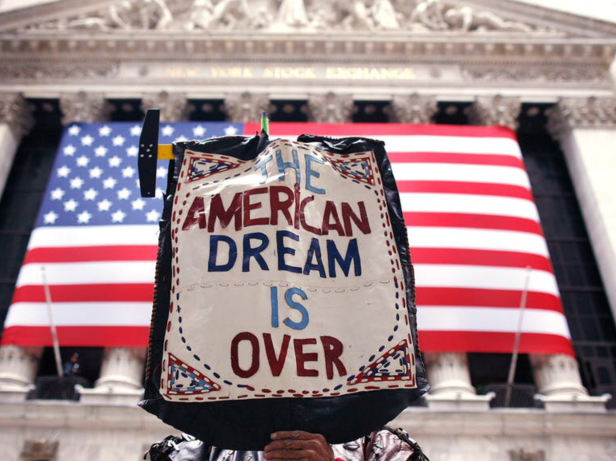 In 2017, approximately 39.7 million people, or 12.3% of the population, had incomes below the official definition of poverty in the United States. Poverty statistics provide a measure of economic hardship. The official definition of poverty for the United States uses dollar amounts called poverty thresholds that vary by family size and the members’ ages. Families with incomes below their respective thresholds are considered to be in poverty. The poverty rate (the percentage that was in poverty) fell from 12.7% in 2016. This was the third consecutive year since the most recent recession that the poverty rate has fallen.

Criticisms of the official poverty measure have inspired poverty measurement research and eventually led to the development of the Supplemental Poverty Measure (SPM). The SPM uses different definitions of needs and resources than the official measure.The SPM includes the effects of taxes and in-kind benefits (such as housing, energy, and food assistance) on poverty, while the official measure does not. Because some types of tax credits are used to assist the poor (as are other forms of assistance), the SPM may be of interest to policymakers.The poverty rate under the SPM (13.9%) was about 1.6 percentage points higher in 2017 than the official poverty rate (12.3%).

While the SPM reflects more current measurement methods, the official measure provides a comparison of the poor population over a longer time period, including some years before many current anti-poverty assistance programs had been developed. In developing poverty-related legislation and conducting oversight on programs that aid the low-income population, policymakers may be interested in these historical trends.

Poverty rates tend to rise during and after recessions, as opposed to leading economic indicators such as new housing construction, whose changes often precede changes in the performance of the overall economy. The poverty rate’s lag is explainable in part by the way it is measured: it uses income from the entire calendar year.

(HHS). Though the HHS poverty guidelines use the official thresholds as part of their computation, the guidelines are collectively a distinct poverty definition and are often used as a criterion in federal assistance programs. The guidelines are often referred to as the “federal poverty level” or FPL.

The drop in the U.S. poverty rate (from 12.7% in 2016 to 12.3% in 2017) affected some demographic groups more than others, notably the population ages 18 to 64, people of Hispanic origin, and part-time workers; it was not a broad-based decline. Details for selected demographic groups are described below.

Because poverty status is determined at the family level by comparing resources against a measure of need, vulnerability to poverty may differ among families of different compositions. In this section, poverty data by family structure are presented using the official poverty measure, along with a definition of “family” that the Census Bureau has used in the CPS ASEC for nearly four decades.10 In the “Supplemental Poverty Measure” section of this report, a different definition will be used.

When examining poverty by age, three main groups are noteworthy for distinct reasons: under 18, 18 to 64, and 65 and older. People under age 18 are typically dependent on other family members for income, particularly young children below their state’s legal working age. People ages 18 to 64 are generally thought of as the working-age population and typically have wages and salaries as their greatest source of income. People 65 years and older, referred to as the aged population, are often eligible for retirement, and those who do retire typically experience a change in their primary source of income.

Since 2002, federal surveys ask respondents to identify with one or more races; previously they could choose only one. The groups in this section represent those who identified with one race alone. Another approach is to include those who selected each race group either alone or in combination with one or more other races. Those data are also available on the Census Bureau’s website at https://www.census.gov/library/publications/2018/demo/p60-263.html where they are published in Appendix B in Income and Poverty in the United States: 2017 and in accompanying historical data table.

Because poverty is a family-based measure, the change in one member’s work status can affect the poverty status of his or her entire family. Among all 18 to 64 year olds who did not have jobs in 2017, 58.1% lived in families in which someone else did have a job. Among poor 18 to 64 year olds without jobs, 19.1% lived in families where someone else worked.

Poverty in the United States in 2017

With the poverty rate in Mississippi (19.8%) among the highest in the nation, and not statistically different from the rates in New Mexico (19.7%), Louisiana (19.7%), and West Virginia (19.1%). The poverty rate in New Hampshire (7.7%) was lowest. When comparing poverty rates geographically, it is important to remember that the official poverty thresholds are not adjusted for geographic variations in the cost of living—the same thresholds are used nationwide. As such, an area with a lower cost of living accompanied by lower wages will appear to have a higher poverty rate than an area with a higher cost of living and higher wages, even if individuals’ purchasing power were exactly the same in both areas.

The District of Columbia and 20 states experienced poverty rate declines from 2016 to 2017: six in the Midwest (Illinois, Indiana, Iowa, Michigan, Missouri, and Ohio), three in the Northeast (Maine, New York, and Pennsylvania); eight in the South (District of Columbia, Florida, Georgia, Kentucky, Mississippi, North Carolina, Tennessee, and Texas); and four in the West (Arizona, California, Colorado, and Idaho).Delaware and West Virginia were the only states to experience increases, and 28 states, as well as Puerto Rico, experienced no significant change.

What can be done to fix poverty?

There needs to be improvements were to have the poverty thresholds reflect the costs of food, clothing, shelter, utilities, and a little bit extra to allow for miscellaneous needs; to broaden the definition of “family;” to include geographic adjustments as part of the measure’s computation; to include the out-of-pocket costs of medical expenses in the measure’s computation; and to subtract work- related expenses from income.